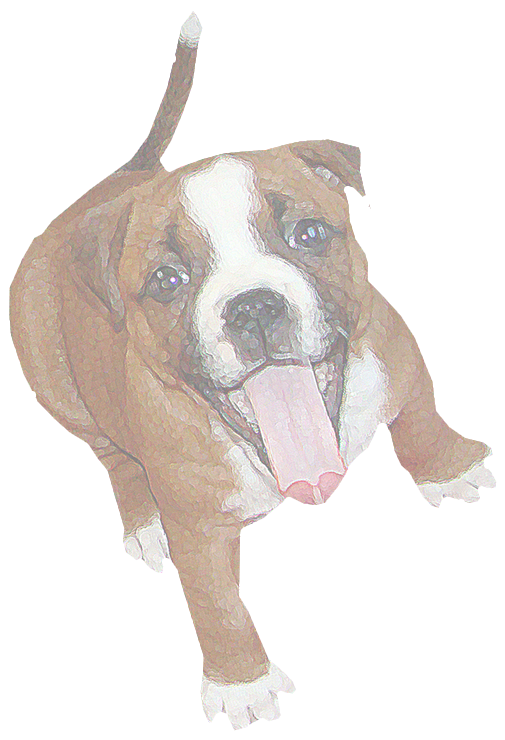 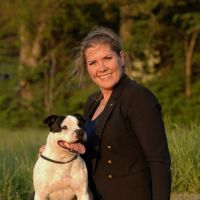 I have been a member of the Danish Terrier Club for 17 years and counting. Being involved in Club Work for several years including the Health department, Ring craft Trainer and as a Breed Representive.

Being a dog lover my entire life, as a teenager I was a dog walker for several years for a variety of different breeds, but one particular breed was special and stole my heart the little bulldozer Chilli -a Staffordshire Bull Terrier. When I reached the age of 18, I started my education as an animal behaviorist.

I live in Denmark with my boyfriend Kenneth Jensen and our 2 daughters Vanilla(13), Emily(7) and 5 Staffordshire Bull Terriers.

Kenneth and I have owned Staffords for 20years, and have been breeding and showing under Angelic Staff for 16years.

We breed almost all colours: Brindle, Black Brindle, Red and Pied. We have had the privlidge of gaining Top Stafford 11 times in Denmark with 5 different Dogs. We have bred 69 Puppies where most lives in Pet homes being spoilt.

We have Bred/owned 9 International champions and bred a total 14 champions.

Winners of the prestigious title “Breeder of the Year 2018 ” All Breeds - Danish Kennel Club.

I really love to be around dogs, they give so much, therefore I also do a lot of different activities besides showing.  I compete in Obedience and Rally Obedience, agility, nose work, blood tracking and Ring Craft for Terriers.

I have no color preference and believe that a good Dog is a good Dog no matter the colour.

It is the love I have for Dogs and the Beauty of a sound well balanced individual that drives me as a Breeder and as a Judge. 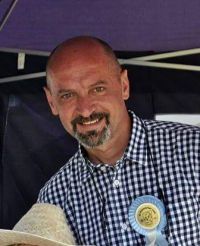 I was born 28th March in Sremska Mitrovica, ex-Yugoslavia, nowadays Serbia. I finished high electrician school and worked 22 years in National bank of Yugoslavia, musician, DJ and pet shop owner too. 2016 I moved and live in Finland where I married and owner of grooming studio. I am father of two children.

Love over animals and nature coming of my grandfather who was hunter and owner of different hunting breeds. My carees in dog world starter 1986 as member of a local city all breeds dog club where I worked eight years as secretary,four years vice president and ten years as club president. In this time, I worked on organization of 22 national dog shows, many special different breeds show as hunting match shows too. I was member of Yugoslavian Kennel Club Committee over 10 years.

I worked as dog journalist and photographer for few manazines about animals and nature. I wrote script about dog grooming as stripping for rough coated breeds.

I '80 I was owner of English Cocker Spaniel and Yellow German Boxer.

My breeding career start 1990 when I bought female Scottish Terrier. 1992 I founded Invisible Touch Kennel where I produced 36 champions at home as all arounf the world as 35 litters of Scottish Terrier.

Judging carees, I started 2000 and 2002 I was national dog judge. From 2004 I am international FCI dog judge. Till now I was judging in 28 different countries all over the world, all types of dog show; club special, national or international.